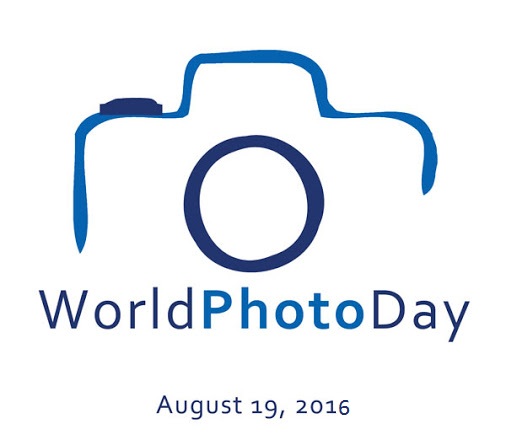 “When words become unclear, I shall focus with photographs. When images become inadequate, I shall be content with silence.” – Ansel Adams

It’s a picturesque day! Ask why? Well, it’s the World Photography Day today and we are pretty pepped up about it. Celebrated on the 19th of August each year, the day marks the invention of Daguerreotype and the worldwide celebration of photography as a form of art and science.

So, here we are to celebrate it in our own small way with a handful of these fab pictures that have documented the course of history and inspired many people over the years. 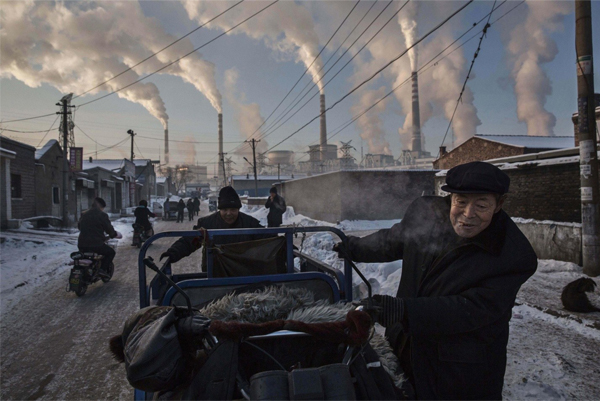 It won the first prize under the daily life category at the World Press Photo Competition. The photojournalist excellently captured the shedloads of smoke bellowing from a coal-fired plant in the northern Shanxi province in China using fast shutter speed. The foreground sees men push a tricycle through a neighborhood next to the power plant whilst smoking. That’s some pun!

Shanxi is the leading producer of coal in China, with annual production exceeding 300 million tonnes, contributing to China being the source of nearly a third of the world’s CO2 emissions.

What We Love? The pun intended on the simultaneous pollution envoys (the plant and the men, the latter being the ultimate sufferer) is a work of perfect timing and imagination. 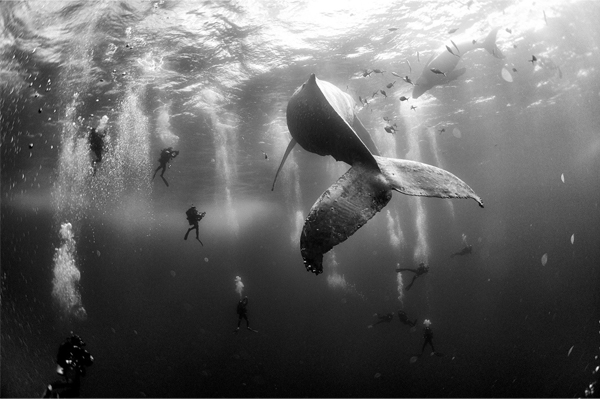 This magnificent sea creature, a humpback whale is seen swimming along with her newborn calf in this magnificent picture. Captured near Roca Partida, the smallest island of the Revillagigedo archipelago, off the Pacific coast of Mexico, the capture is reminiscent of island waters that are home to humpback whales and are popular for diving.

What We Love? The magnificence of the creature, her little one, and the spread of eensy-weensy divers – it all comes together as if humanity is out there to witness the sheer magnificence of nature and one of its many norms – birth!

A flock of birds flying above, a well-timed splash of wave, a man trying to get some bait and the red dawn – the benumbing color composition of this photograph about “man and his undefeatable will” speaks volumes of the talent of the photographer. The man behind the lens shot more than 100 frames until all the variables lined up satisfactorily for him.

What We Love? We love the way the reds have come together to depict difficulties and bravery, all at the same time. What a splendid show of color! 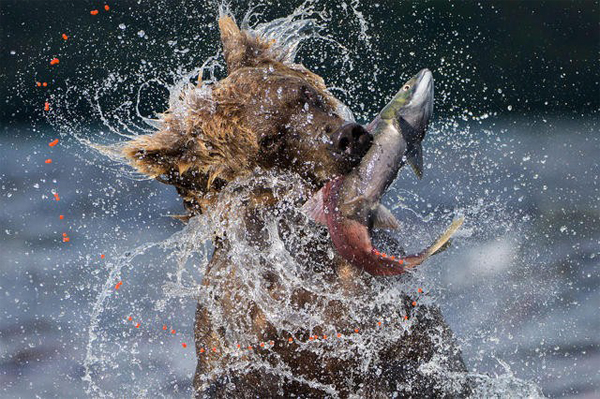 Millions of Sockeye salmons travel back up to the fresh waters of Lake Kuril in Eurasia. This attracts brown bears from the surrounding forests to come and feast on the fish. The photographer trying to catch the action, waded into the icy cold water to get the right perspective and the perfect moment. That moment did come when a bear pounced on a female salmon filled with eggs. In the picture you can see the eggs popping out from the salmon, captured in motion. Sheesh!

What We Love? What a gruesome exhibition of death – we love how all the action in the picture has come together. There’s so much happening! 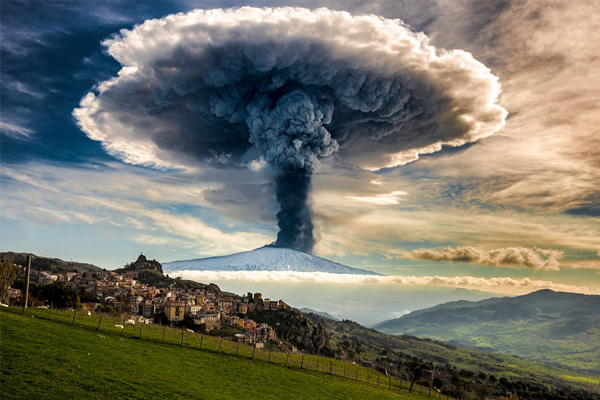 This eruption of the Etna volcano in December last year shot from the village of San Teodoro contrasts the tranquility of the village with the huge explosive force of the volcano. This photograph was the finalist at the Magnam Photography Award 2016 in the single image category.

What We Love? The two sides of the coin on display in this photograph – peace and war, repose and destruction – totally motivates us to give this photographer a high-five!

The Good, the Bad and the Boring of this Year’s Bhai-Behen Ads