The Good, the Bad and the Boring of this Year’s Bhai-Behen Ads 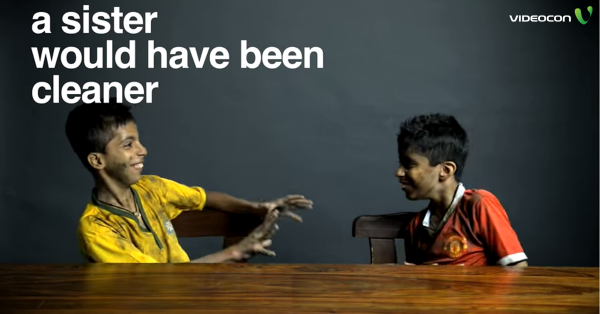 India, a country head-deep in traditions and festivities is a sea full of gold for marketers. Obviously, it comes as no breaking news that brands love turning these festive occasions into marketing opportunities by dishing out advertisements with a lot of emotional ring to them. And here we are, with Raksha Bandhan, standing a few hours away on the August, the 18th. Come Raksha Bandhan and the trend of gift-giving is set ablaze by these adverts – a simple, solemn vow will surely not do the deed anymore! However, this year sees a welcome change in the form of ads steering away from the traditional “buy my product this Raksha Bandhan for your sister” pitch to something different, with ample of human quotient to them. Some of these brand campaigns have been released on TV, while other are happily going viral on the social media.

So, here’s a report card of some of the brands trying  to ride the Raksha Bandhan wave this 2016 – while some have aced it, we see a whole lot of them fall flat on their nose. Time to repeat our “how to do good advertising” classes next year!

Their ads are mostly themed with the usual emotional humdrum relating to the occasion but as advertisements, Cadbury’s range of festive propaganda has by far succeeded in getting their end-consumer to draw an immediate, inseparable connection between festivities and Cadbury’s range of chocolates. “Pehli Tareek” and “Kuch Meeta Ho Jaye” have been excellent examples to remember. But no matter how classic the brand’s advertising been over the years, there are still some examples of “badvertising” and this Raksha Bandhan’s 30-seconder by Contract Advertising joins the list – just a sappy banter between the two siblings; the protagonists fail to impress and the “Khushiyaan Le Chalo” positioning is just too passe – it’s like an attempt to milk a beaten cow to death..LOL.

Key Takeways: As a brand, you constantly need to reinvent – the “Kuch Meetha Ho Jaye” had been running for far too long – it totally looked like Cadbury’s was too lazy to have re-invested their time and energies on a subset-sort-of-campaign in the form of “Khushiyaan Le Chalo”.

Unlike other advertisements, this one isn’t trying to sell a product – It carries a social message. There isn’t anything great about the cinematography, just a girl in front of a camera addressing her brother and reminiscing about her memories with him and the gifts that he brought for her over the years. The context then changes where she demands for a special gift – that is to avoid cussing sisters and refrain from saying “Behen**od”. The ad makes a bold statement, has a call to action and compels its viewers to think.

Key Takeways: The concept loses as an advert and confines itself to being a social message only. The beauty of a concept is when it seamless blends the intention to advertise with ideas that are entertaining. On second thoughts, the speak-to-the-camera treatment, the unkempt room and the crude appeal of the protagonist reminds us of Richa Chadha 🙂

If it becomes too much to bear, go down and cheer yourself up with a couple of these best Raksha Bandhan ads of 2016.

An advertisement from the ecommerce giant Amazon first time on a Raksha-Bandhan-type-of-occasion – an advertisement that just doesn’t harp about the advertiser’s USP or range of products. Conceptualized by Ogilvy & Mather, Bangalore, the advert instead talks about the importance of delivering presence over presents on the occasion of Raksha Bandhan, no matter how distant one may be.  What a super thought to share during times when love has become restricted to the Watsapp’s and the Facebook’s of the world.

Key Takeways: The characterization of the Grandpa – it’s to die for; it’s this character that makes this advert come alive.

A super job by The Mob, a Delhi-based advertising agency. The agency clearly decided to steer away from featuring the usual brother-sister quibbles and do something that has an endearing innocence to it. This one is sure to leave you muttering spells of “awww’s” and “how cute’s” just half way through the commercial. No fancy camera work; the advert intelligently juggles between slices of life and clearly steals the show with its clean, simple, block-shot-cum-text-animation-kind-of execution. The agency couldn’t have done better than this at reviving a consumer brand like Videocon.

Key Takeways: The situations, the faces, the fact that they are all missing having a sister to solve those situations out for them – all comes together to make this a really adorable one!

Enjoying it already? Why not go ahead and take a look at some of these other really cool advertising campaigns of 2016? Or these Rio ones maybe?

The author heads the thought and creative leadership at BrandBerry Marcom, a youthful advertising agency in Delhi.